Before What’s up, what went down: 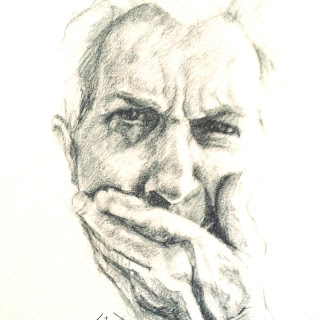 I started this blog in 2009 to strengthen my drawing skills by publicly promising to draw daily, a good plan for getting back into fine art, my
major in life and training in university. At first I did a lot of cute doodles, which, over time lead me to the genre that interested me most, portraiture, candid portraits of people going about their business. I relied on my camera and worked primarily from the photographs I shot on the paparazzi sly.
After finally finding my niche, Donald J. Trump was elected President and my interest in art dropped to a
rare sketch.  Painting was of little interest. My head turned.  My country was in trouble. Where they had never interested me before, Politics became a priority.   Keeping up with various news sources, writing opinions to various legislators, reading all the books
being dashed out by politicians, political analysts,
Historians  and journalists took my time and turned off
the lights in the  studio. The Trump term was excruciating. 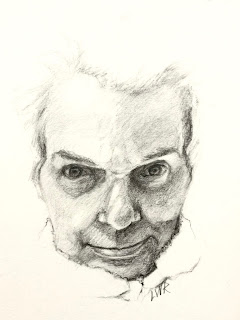 It wasn’t his issues I disliked so much, as it was the man
himself who made me gag and step from center right to
center left.  And then the pandemic descended upon us and
knocked the country totally flat.  Never was there a darker
time in my memory.  And it’s still with us!  However.....
Either  I’ve adjusted to turmoil, or I’m tired of it?  I think
tired.  I’ve had enough.  I’ve started to draw again more
frequently in the last few months.    Self portraits mostly
in the last year to the degree I am sick of looking at myself
in the mirror, but as the weather warms and buds begin to
open on the trees, I have started to make plein air plans. I’ve
cleaned my studio. Washed brushes. Swept floors. Cleaned
paint tubes and palettes. Restored order. I’ve set up my easel
on the patio in the back of the house facing Hillpoint Wood.
Outdoors, I’m feeling upbeat after four years of glum.  I will be
even more upbeat after my second COVID 19 inoculation
tomorrow—so energized, I may even blog again? 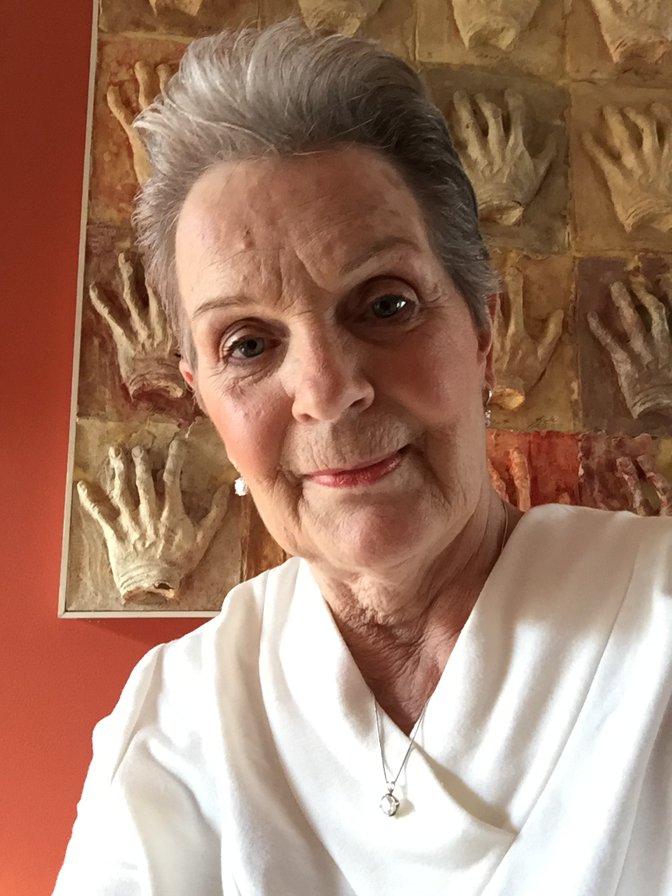 I am thinking Blogger is a dead zone for artists.  I know I have been neglectful as my interaction with artists has widened on Face Book.  I am a member of a number of FB groups  which I enjoy.  One of them I started.  It’s for quick, daily sketches. Finished work is unacceptable—too many artists post their finished work as sketches on various cites, which I think inhibits younger, less skilled artists. My group advocates short drawing sessions every day using whatever medium the artist is comfortable with.  It’s called Gotta Minute? Sketch.  Then I post in a sketchpad group, a realistic portrait group and sometimes, not often, in a watercolor group.  The connections I’ve made through FB have been delightful and informing.  The affiliation has been satisfying for this retired lady who just likes to draw and paint for the fun of it, not as a livelihood.
So, if any of my followers are still out there, this is my last post.  I thank you for the encouragement you’ve given me since 2009.   It helped a lot.  It meant a lot.  And the best part was the friends I met here are the friends I’ve kept there. We post.  We message.  We occasionally Skyp.  And we talk art.  If you’re not on FB in the art groups already, come on over.  Hugs and best wishes for a prolific 2018.   Linda
Posted by Linda Roth at 12:40 PM 9 comments: 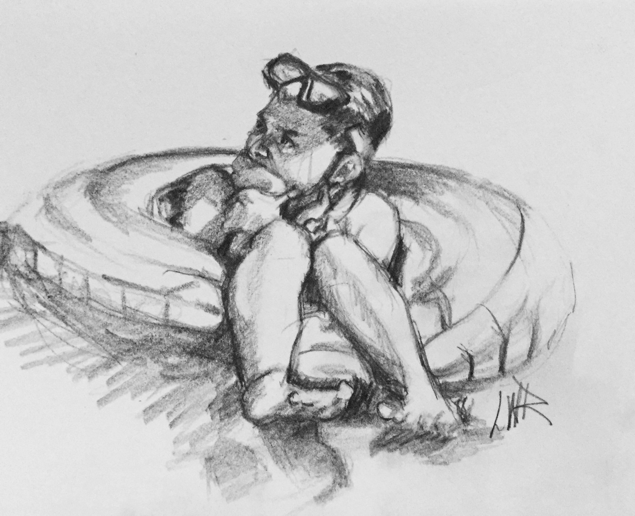 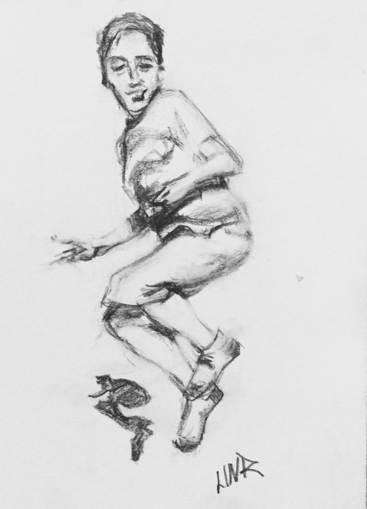 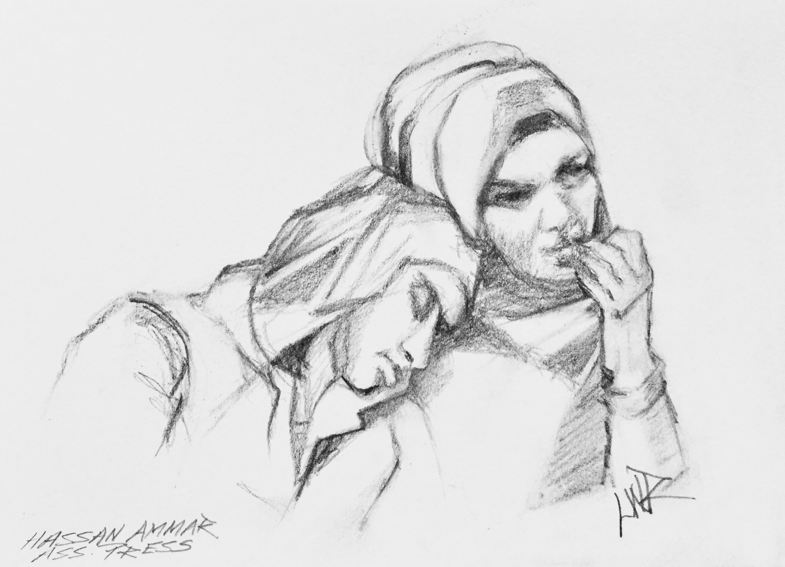 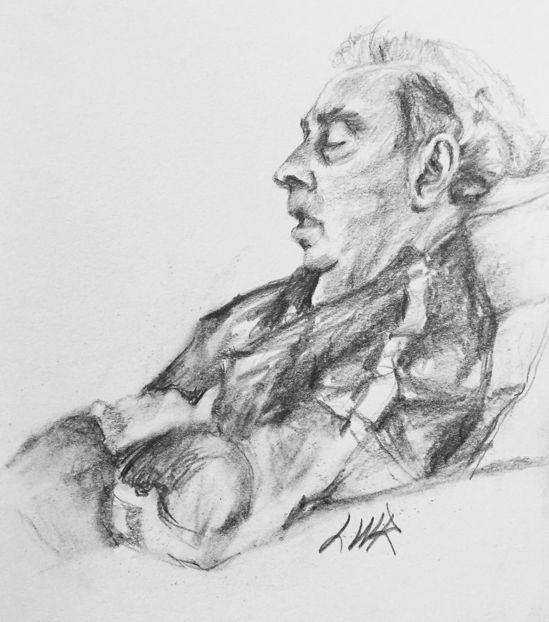 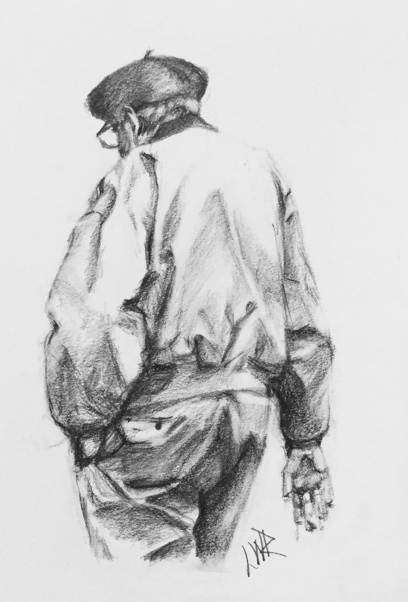 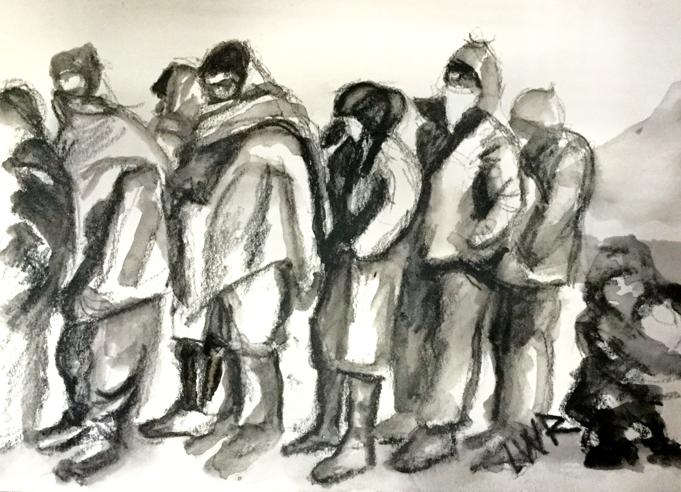 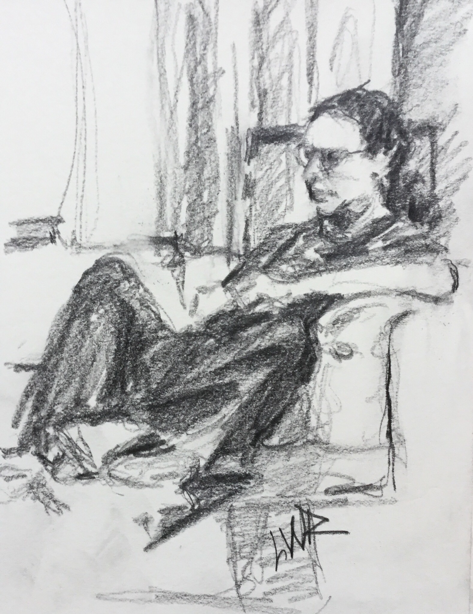 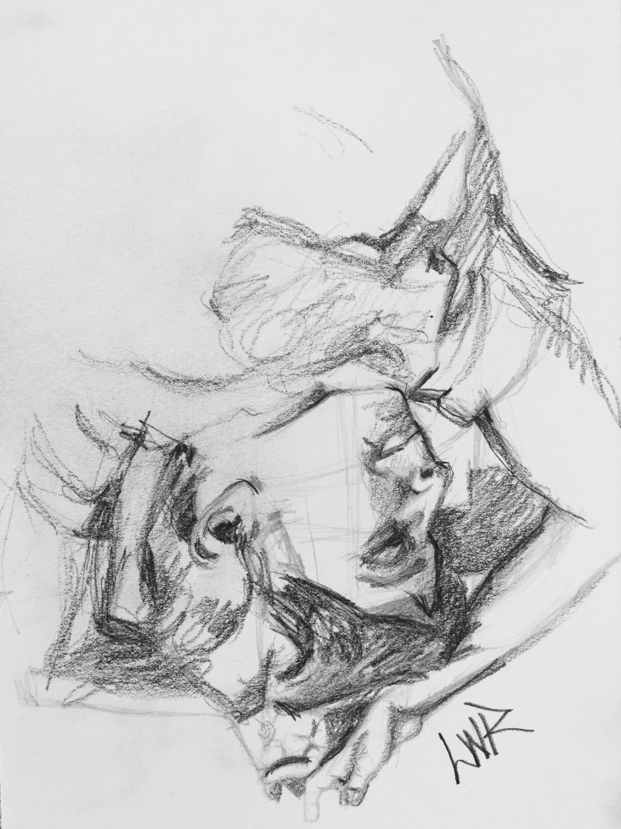 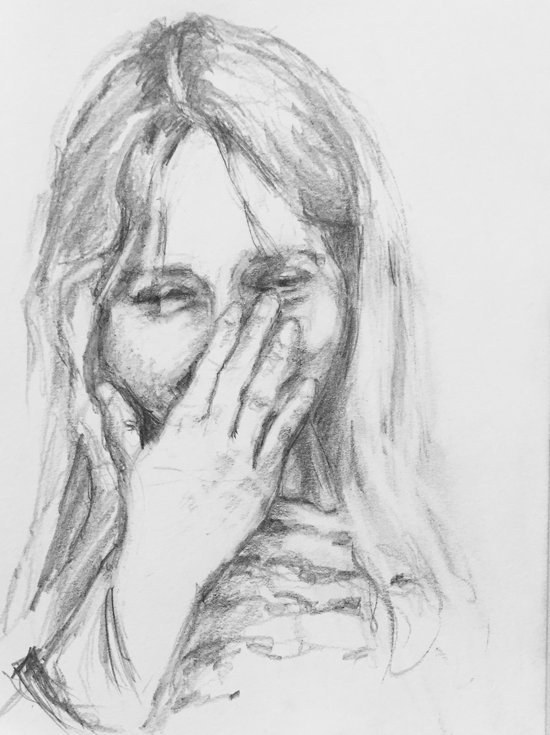 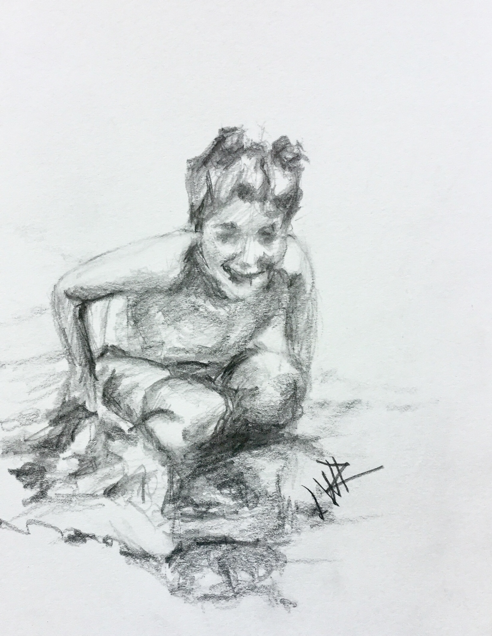 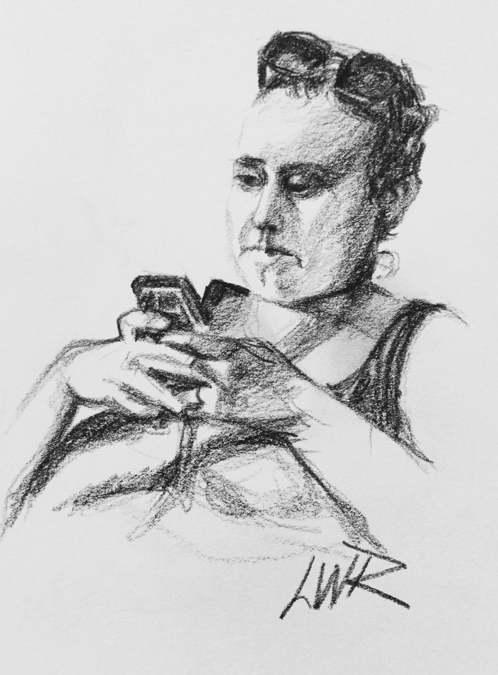 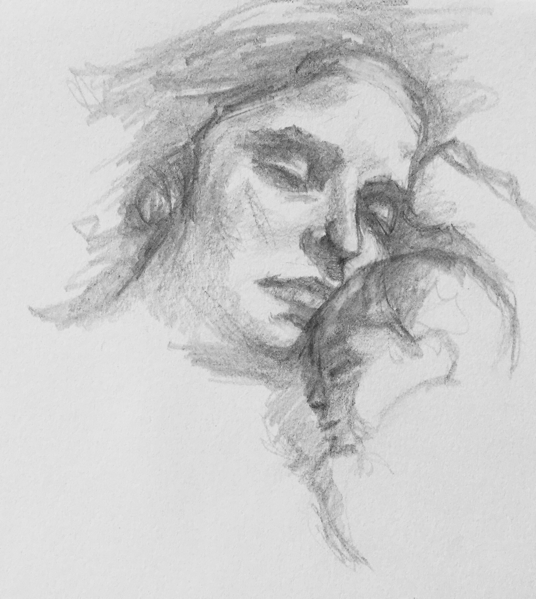 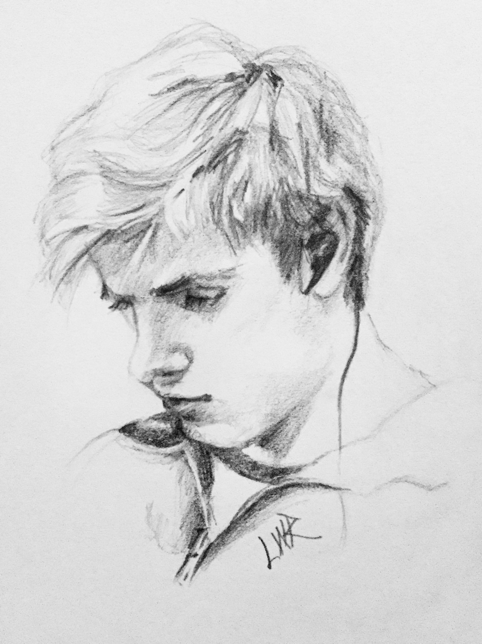 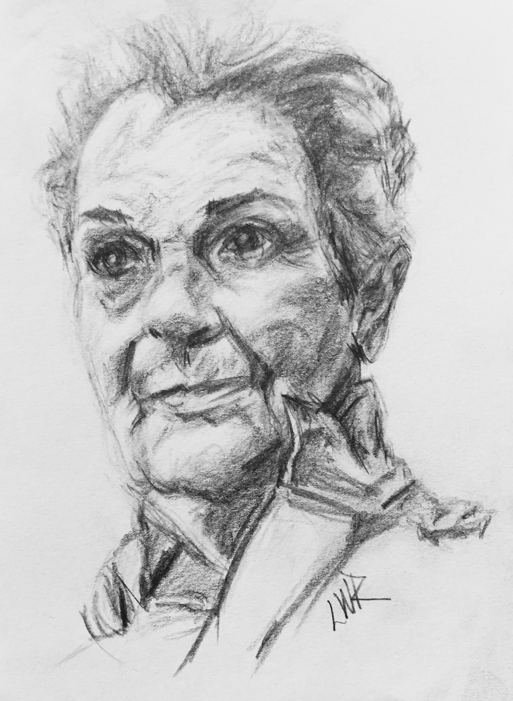 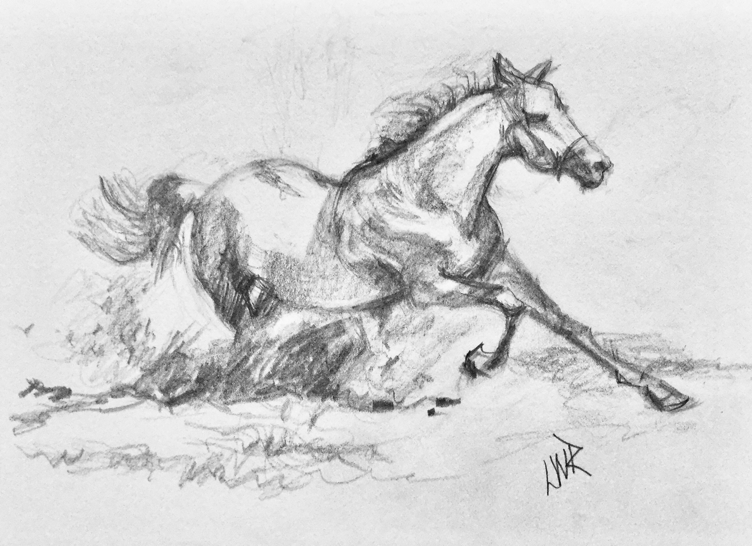 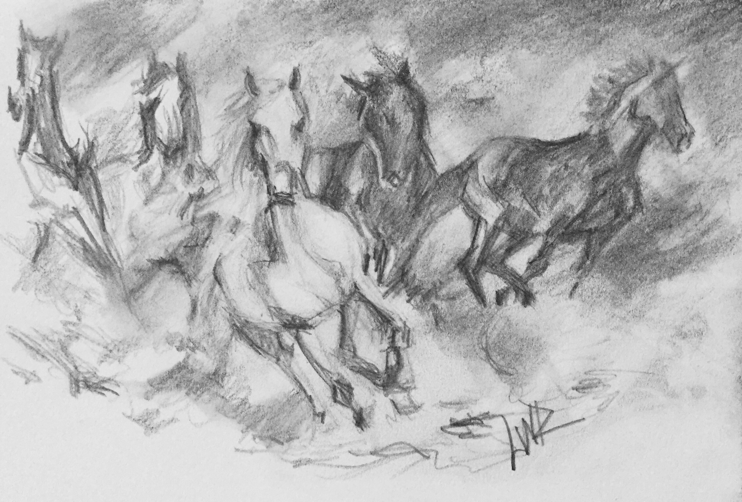 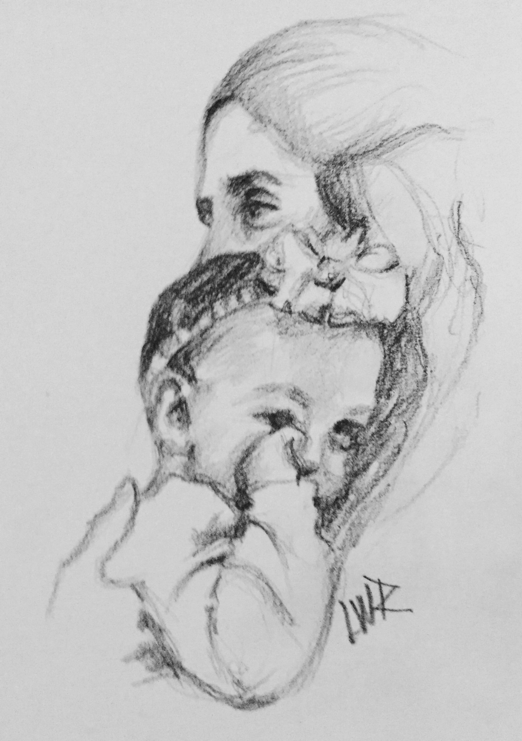 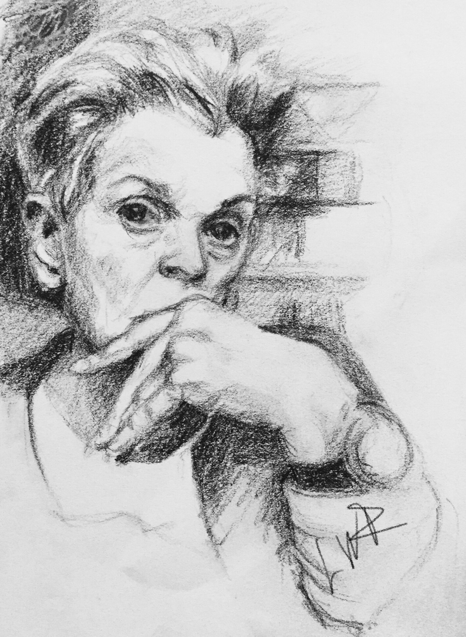 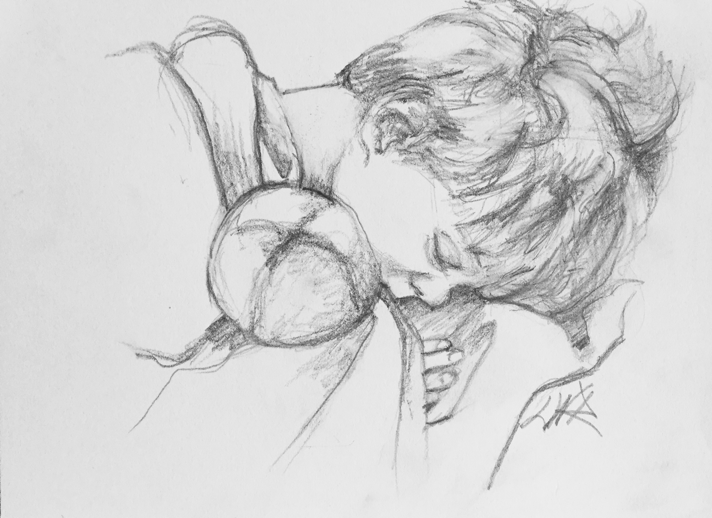 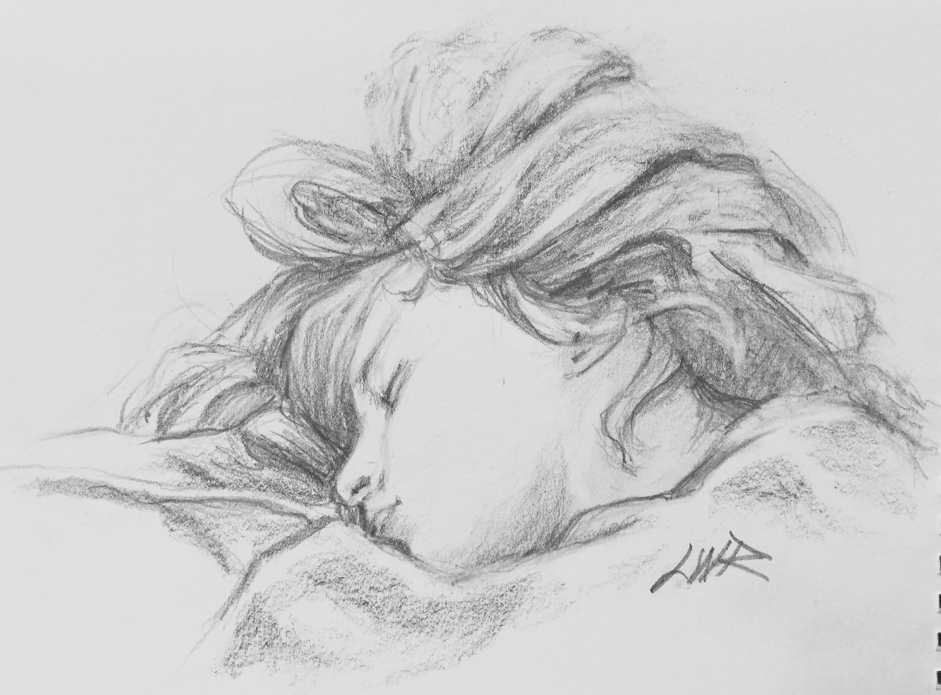 MERRY CHRISTMAS, HAPPY, HEALTHY NEW YEAR TO YOU ALL.  Thank you for your interest and comments.  They’ve kept me drawing through a lot of unpleasantness this last year.  I am most grateful.   Linda
Posted by Linda Roth at 9:02 AM 2 comments: